There is lots I wanted to talk about this week and wasn’t sure where to start. There has been quite a lot of interesting marine mammal and marine developments going on.

What has most excited me and come back into the news a lot is the expansion of the marine protected area in the Pacific – Pacific Remote Islands Marine National Monument – which has been massively expanded through President Obama using his executive powers and the antiquities act to bypass congress and set up the largest marine protected area in the world. The area is being enlarged to more than 490,000 square miles from just over 87,000 square miles that were initially protected by President Bush.

This creation is very positive news as the area is going to be a fully protected no take zone with no commercial fishing or other marine degrading actives allowed. This large area will protect deep sea coral reefs and underwater sea mounts which, are hot spots for biodiversity alongside large areas of ocean that are important for migrating species including marine mammals such as humpback whales as well as sea turtles, bull sharks and tuna species.

Now, the area is not as big as conservationist had hoped it would be (782,000 square miles) but, through strong opposition form Hawaiian tuna fleets Obama did bend to pressure and reduce its size to leave areas open to this fishery. This is a little frustrating but should in no way dampen the some high spirits for this good news and the valuable increase in the percentage of marine areas that will be protected which, significantly lags behind the percentage of protected areas that have been created on land.

The area will still be able to be used for recreational and traditional fishing methods that adhere to the conservation goals and aims of the reserve this is because the government wants to encourage and support access to federally managed areas.

John Kerry gave a speech on the 25th September and also stated their commitment to another important mission:

“So our mission here is clear. We need to put an end to overfishing by ensuring that every fish that makes it to market is caught legally in a way that’s reported and traceable. And we need to do a better job of protecting our ocean’s fish stocks, which play a critical role in economic security for millions of family and in food security for millions more.”

President Obama looks like he is trying to leave a lasting conservation legacy which can only be a good thing for the world on both land and in the sea. If this is the precedent that he sets and legacy he leaves behind he will be setting a leading example for other nations and for Presidents to come.

I’ll leave you with some final words from John Kerry again:

“This really is a matter of stewardship. It’s also a matter of generational responsibility. We have a responsibility to make sure our kids and their families and the future has the same ocean to serve it in the same way as we have – not to be abused, but to preserve and utilise.” 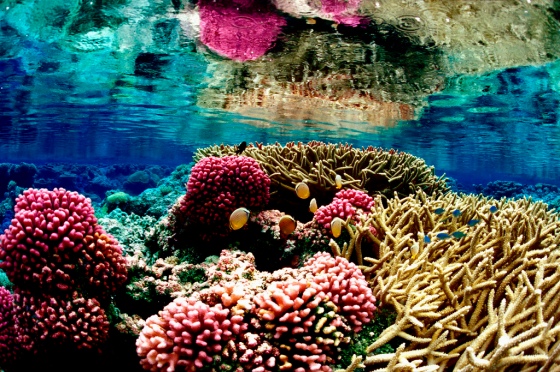