So every single day feels special and amazing when I get to be on the water researching killer whales! However, yesterday we had the day to top all days, the day that was better than any other day I have ever experienced on or off the water, potentially the best day of my life (too much…I think not!).

We had the most amazingly large pod of killer whales swimming in a long (slightly dispersed) line ahead of us 15-20+ individuals it was breathtaking, there was a mix of bulls, calfs, females and sub-adult males. It was mind blowing, I had tingles all over and felt so lucky to be in the presence of such an awe-inspiring sight. It truly took my breath away. 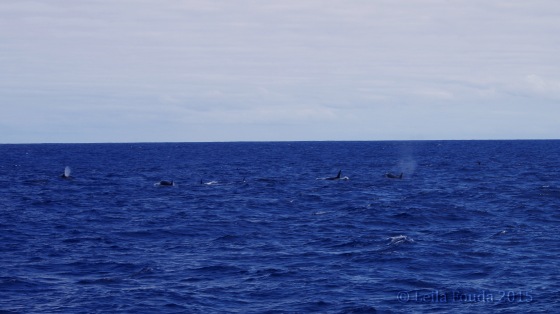 Six Individuals Surfacing To Breathe. A Snapshot From Our Large Pod Encounter!

But that ladies and gentlemen wasn’t even the best part. Just when we thought the best day of our lives couldn’t get any better we had a new encounter, something we had never seen before, a pod with a bull, three falcate fins (females or sub-adult males) and….FIVE, yes five, calves! What was going on? Was this an offshoot of the bigger pod like a nursery or creche for the calves? We don’t know, though that seems like one possible explanation. But boy do we want to find out more about this interesting pod composition. Let’s hope we get a repeat encounter before the season is over. 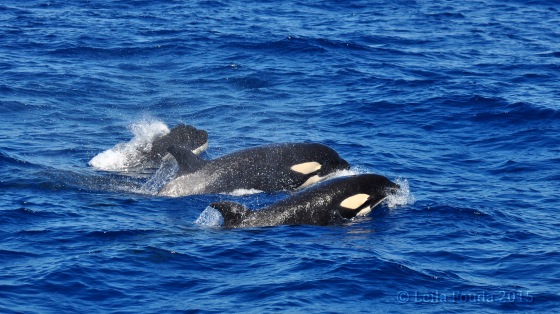 Three Of The Calves In The Pod Surfacing Together.

The soundtrap which, I discussed last week was out during this whole encounter so *fingers crossed* we have got some interesting acoustics to  analyse from this very interesting pod composition. We will know once we get back to Perth and take the many hours to sit down and go through the hours of acoustic recordings from the soundtrap while also reading the spectrograms to ensure we don’t miss any faint calls that require amplification. 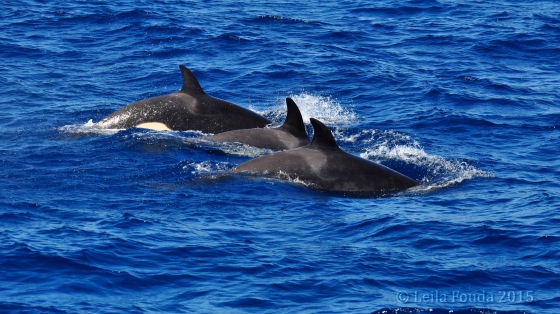 In Sync! Look At Their Beautiful Light Grey Saddle Patches.

Many thanks to Naturaliste Charters and Riggs Australia for allowing us space on their vessels. Further thanks to the Centre for Marine Science and Technology at Curtin University for equipment loan and support.

You can also follow along on the Deep Blue Conversations Facebook Page. I post interesting articles related to marine conservation, share awesome stories as well as photos from the marine conservation and environmental world in general. Come on over and have a look!

Wow, Wow, Wow! It has been a busy few weeks since I arrive in Perth. First it was non-stop preparing equipment and organising ourselves and then it was diving head first into Bremer Bay life and data collection. We arrived in Bremer Bay in Western Australia on the 8th February and were out on the water 7.30 am on the 9th.

We are here to collect data on this unique aggregation of killer whales (Orcinus orca) that occurs every year between January and March a 2 hour steam offshore from Bremer Bay where the water depth drops quickly from around 80 metres to over 800 metres and deeper. Here there are numerous underwater canyons where the depth can reach 3000 metres or more.

Now back to the cetaceans…So very little is known about the Australian killer whale population and we hope to be able to change this by building up a picture of where they are, and what they are doing, while also deciphering the individuals we are seeing through fin identification and using hydrophones to determine their acoustic repertoire. It is an amazing project. 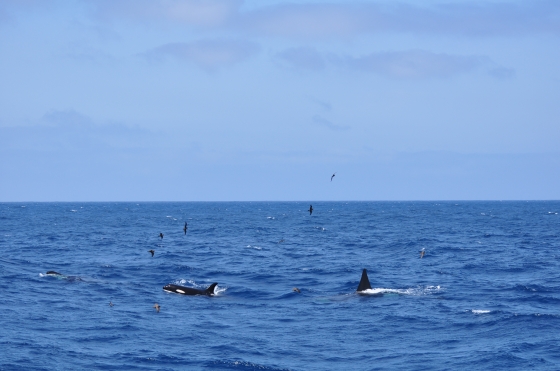 On the 10th February we deployed two noise loggers which, are long term underwater recording devices that record on a schedule and allow us to build a picture of what is happening when we are not there through the acoustics of the region. From these we will be able to build a picture of natural ocean noise such as waves, wind and, marine mammals as well as anthropogenic noise from boats and far off seismic activity.

Alongside, the data collection on marine mammals we also plan to use a mounted sonar to record the biomass in the region especially when marine mammals are feeding and a CDT (Conductivity, Depth and Temperature) instrument to record salinity, depth, temperature as well as fluorescence to gain a better understanding of what makes the ecosystem work. Further, to all this amazing equipment we have also had sonobuoys donated to us by L3 which, will allow us to passively and in real-time monitor the acoustic environment while we are at sea. This will in theory enable us to hear what is happening underwater while we see what is happening above water and potentially determine what we are missing as well as what is happening (acoustically) up to 5 km away. 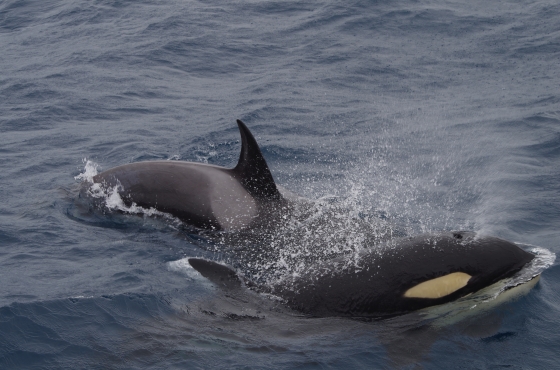 We are only just getting started on this project but, from it I hope to be able to build up a PhD thesis that I can really get excited about. Alongside killer whales there have been sightings of beaked whales, sperm whales and pilot whales in pervious seasons. Just yesterday we spotted a pod of between 20 and 30 long-finned pilot whales (Globicephala melas) where it looked like the sea was bubbling with activity. I cannot wait to see what tomorrow brings. 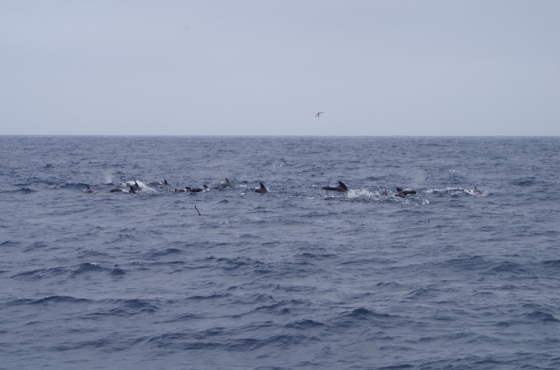 We had a windy day off today where we tried to catch up on some data, visited the beautiful remote beaches of Western Australia and do all our laundry which, was nice especially as we don’t know when we might get another day for data catch up!

I will try and upload some video footage and updates from the field as our crazy hectic time here in Bremer Bay flies back.

Many thanks to Naturaliste Charters and Riggs Australia for contributing to our research and allowing us space on their vessels.

You can also follow along on the Deep Blue Conversations Facebook Page. I post interesting articles related to marine conservation, share awesome stories as well as photos from the marine conservation and environmental world in general. Come on over and have a look! 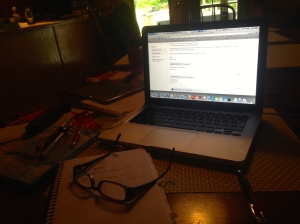 There have been some pretty big things going on these past few weeks in the marine world:

“Science matters deeply, but we can’t let ourselves be trapped by the need to gather more data” – Amanda Vincent.

What stories have you been following this week? Let me know in the comments below. 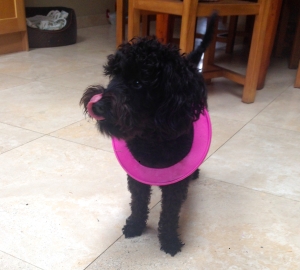 I have had the opportunity to work on a few different platforms during my brief time as a marine biologist and all of them have their ups and downs; with some I favour over others. In this post I thought I would go into a little detail on the pros and cons of different vessel sizes. 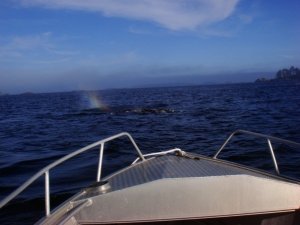 View from a small vessel with a gray whale off the bow.

From small vessels which vary between little “tinnys” to high powered ribs you are close to the water level and therefore closer to your species of study.

Using small vessels you can more easily manoeuvre in your study area and conduct focal follows, take samples (such as blow or faecal samples) and switch off your engines. They enable you to travel into areas that would otherwise be impossible with something larger including shallow channels, small inlets and waterways between islands.

View from the stern of a small boat.

They are cheaper to run and you don’t need to have a full crew and Captain, it can just be you (with the correct license and permits) alongside whomever you are collecting data with. You will cover a smaller area over a days research and are a slave to how much fuel you can carry and the weather conditions. If your vessel is completely open then you will also be personally impacted by the elements, think soggy trousers and chilly toes! 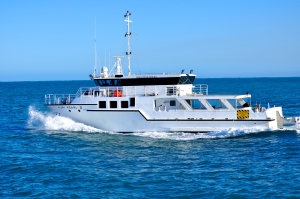 Example of a large research vessel.

From large vessels you are on a much higher platform. You can see a greater distance and can usually travel a lot further off shore, over a longer time period and in more adverse weather conditions.
END_OF_DOCUMENT_TOKEN_TO_BE_REPLACED

There was an error retrieving images from Instagram. An attempt will be remade in a few minutes.